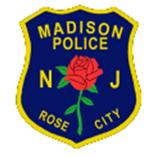 According to the information released thus far by the Madison Police Department, they have arrested and charged a teenager from the Township with among other things burglary. It appears that the Madison Police Department was sent to a residence on Main Street to break up a fight. When the police arrived at 5:55 am the fight was actually still in progress. After they broke up the fight and conducted an investigation, they realized that the fight occurred when one of the parties realized the Defendant was  actually breaking into their residence. It is alleged that the Defendant was attempting to leave the residence, while concealing some of the items he had taken when he was confronted by the victim. With that being said, it is unclear at this point in time whether or not the Defendant was in fact at one point a welcomed guest.

The Defendant, a nineteen year old male from Madison, was arrested and charged with burglary in the third degree and theft of moveable property in the third degree. If convicted, the Defendant could be facing up to five (5) years in State prison on each charge. The Defendant was released on his own recognizance and has a pending central judicial processing date (CJP) scheduled for next week in Morristown, New Jersey.

At The Law Offices of Jonathan F. Marshall, our team of criminal defense lawyers fully understand what a criminal conviction for burglary can do to ones life. If you have been arrested and charged with a criminal offenses in Madison, Mendham, Montville, Dover, Denville or Rockaway, we can help. Our team has eight criminal defense lawyers on staff, making our office one of the largest criminal defense firms in the State let alone Morris County. If you would like to come into our Morristown office to discuss your options, we can be reached at 973.309.7050.