Defendant Accused of Manufacturing Marijuana is Accepted into PTI 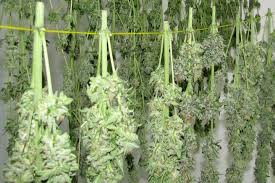 A client of the Mr. Oliver’s was arrested and charged with manufacturing a controlled dangerous substance and possession of a controlled dangerous substance after a several month long investigation revealed a marijuana grow facility. A unanimous tip from a concerned citizen about an individual whom was allegedly frequently trespassing on his property is what eventually lead the arresting officers to the grow site. To make matters worse, even though the site as buried deep in the woods, it just so happened to be on the Township’s property. When the officers first located the grow site they noticed approximately 18 marijuana plants in middle stages of growth. However, since they had no clue who the Defendant was at that point in time they decided to set up not only video surveillance but physical surveillance as well. After about a month long process they were able to determine who the Defendant was and make an arrest.

Based on the quantity of plants uncovered, the Defendant was facing second degree manufacturing charges. If convicted, the Defendant would be facing five to ten years in a New Jersey State Prison and a fine up to $150,000. In addition, since the charges were second degrees, there is a presumption for incarceration, which means that it is almost certain anyone convicted of this degree would be required to go to State Prison.  With that being said, there were a few issues uncovered in the discovery which Mr. Oliver received. Geared with those issues the negotiations started. After about eight months of back and forth Mr. Oliver was able to convince the prosecutor’s office and the Judge to allow his client to be admitted into the Pretrial Intervention Program (PTI). If the Defendant successfully completes the program the second degree manufacturing a controlled dangerous substance charges will be outright dismissed. Therefore, the Defendant has the ability to not only walk away from these otherwise life changing charges without serving a day in jail but also without a felony criminal record as well.

If you have been arrested and charged with a criminal offense, The Law Offices of Jonathan F. Marshall can help. Our office has extensive experience in the criminal defense arena. In fact, that is the only type of law that we practice. We have eight criminal defense attorneys on staff which makes our office one of the largest criminal defense firms the State. If you would like to come into our office and discuss your options then please contact us directly at (973) 309-7050.